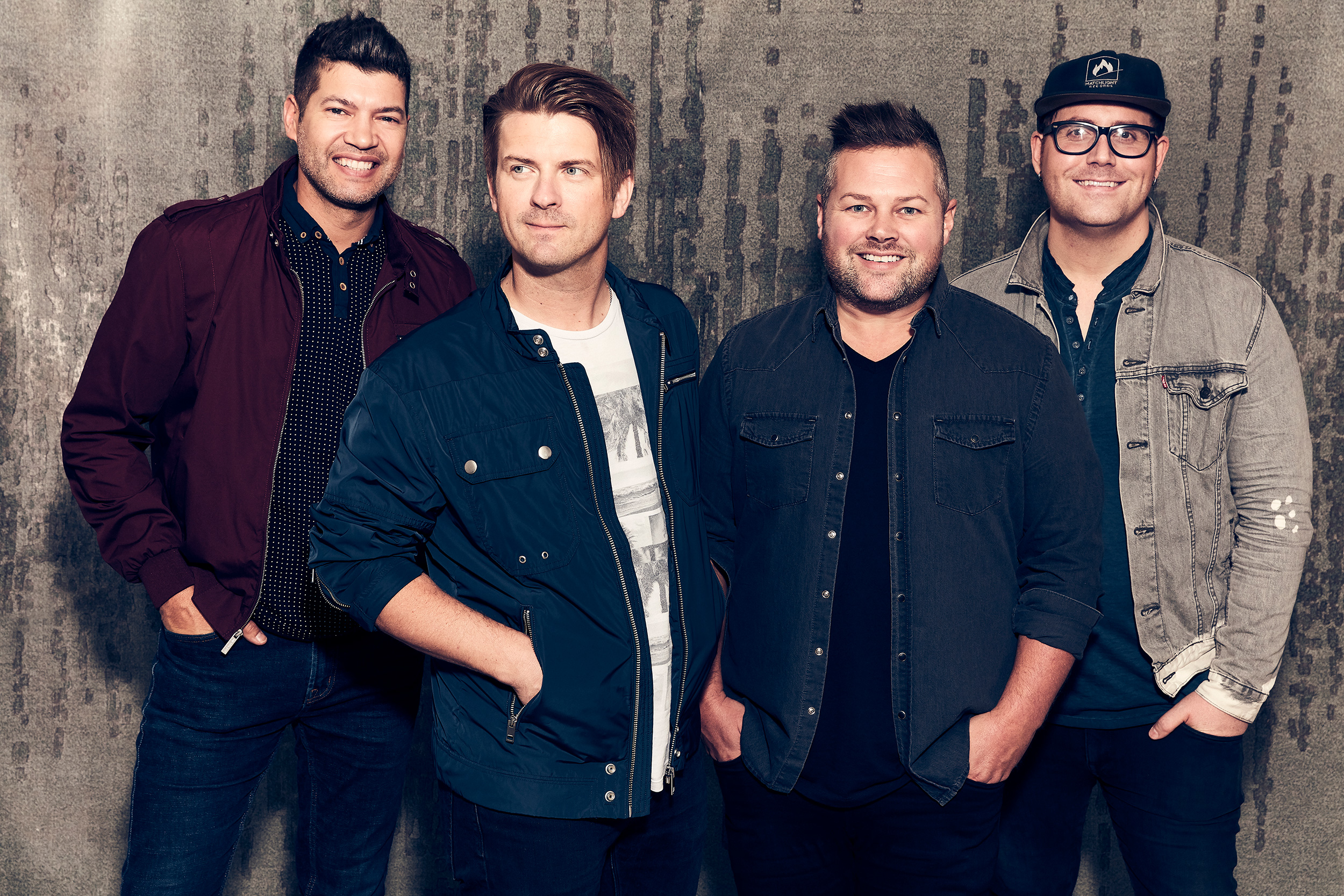 Writing and recording music written from the human experience has long been a specialty of award-winning band, The Afters. Their deep catalog of songs connects people to one another, putting words to both the answered and unanswered prayers of the heart. But when it was time to write for their new album, Fear No More, band members Josh Havens, Jordan Mohilowski, Matt Fuqua and Dan Ostebo found themselves looking inward and leaning on each other in a brand-new way.

“One thing I love about our band is we’re like brothers,” Havens shares. “We really are. We’ve been through a lot together over the years and those challenges have brought us even closer and strengthened that bond. We’re able to be really honest with each other. Through everything, we’re still good friends.”

For Fear No More, the members dug deep, each desiring to make an album that truly reflected the inner-most parts of their own humanity, including the parts they wouldn’t have normally chosen to expose in such a public way. They wrote this new collection of songs for themselves, wrote messages they needed to hear, laying themselves bare in order to reach a new level of transparency in their songs. It took complete honesty with each other to allow the creative freedom to write complete honesty into their songs.

“We’ve always been super open with one another, but haven’t always been as vulnerable with our music,” Ostebo says. “This record is us trying to open up in a bigger way. The only way for vulnerability to show up in songs is to have the conversation first.”

“It’s hard to have that kind of conversation, when you’re honest in a significant way,” Fuqua says. “But when you do it, when you stretch yourself, it inspires other people to do the same.”

The primary example of this rooted-out heart exposure is the title track, “Fear No More,” a deeply personal song for Mohilowski. “I’ve struggled with anxiety since the 2nd grade. I go through okay seasons, but then something will happen that sends me into a spiral of anxiety. When we sat down to write this song, I was in a really dark place. I wanted to write from that, wanted to write a song that would respond to that feeling of anxiety, something people could sing over their lives. It was a beautiful moment, the way we all collaborated on it and how it all came together.” The band clung to Deuteronomy 31:8 – “He will never leave you nor forsake you. Do not be afraid; do not be discouraged.”

“God doesn’t want us to live in fear,” Havens says. “He wants us to trust Him.” Mohilowski adds, “I love the line from the song that says, I will trust you Lord / I will fear no more. It’s a simple line but it’s something we forget when we’re in it. I find myself wanting to control the situation myself instead of putting my trust in God. This song is about that, about trusting Him.”

The moving track “Well Done,” was written in response to Havens losing his father. “After my dad died, there was a void at every family event,” says Havens, “but we were still a family that loved each other and Jesus. That was my Dad’s legacy, the faith he instilled in all of us.” The overwhelming response to the song was immediate, particularly from people with terminally ill family members. The band has been inundated with stories of the song being used as a comfort in a loved one’s last moments, a soundtrack for going to heaven, with lyrics that comfort both those going home and those left behind. I’m waiting my whole life for that day / Until then I’ll live to hear you say / Well done, well done, my good and faithful one.

Along with the band’s willingness to expose their fears and deepest wounds are moments of deep hope and overflowing joy. “What Home Feels Like,” is a bright, energetic song about how, as Havens says, home doesn’t always look like four walls and a foundation. Sometimes it’s two eyes and a heartbeat. The high-energy track “Lightning” was co-penned by Bart Millard of MercyMe, a close friend of the band. “People dance to that song,” Fuqua says with a surprised smile. “Our songs don’t usually make people dance but that one, they’re dancing.”

After five albums, numerous GMA Dove award wins, more than 135 million streams and song placements on shows like “Dancing With The Stars,” “American Ninja Warrior,” “Fox Sports,” “American Idol” and a host of others, it’s the band’s ability to write the right blend of positive, hopeful lyrics with a catchy melody that keeps listeners engaged album after album. With Fear No More, they’ve achieved the perfect balance of joyful energy mixed with painful longing, all tying together to create a moving picture of a life fully lived.

In an effort to look inward and be present in life’s biggest moments, The Afters have created an album that pulls you in like a warm hug from an old friend. “What we’re feeling as we launch Fear No More is gratitude,” Havens says. “After all these years together, if there’s one thing we have, it’s gratitude.”