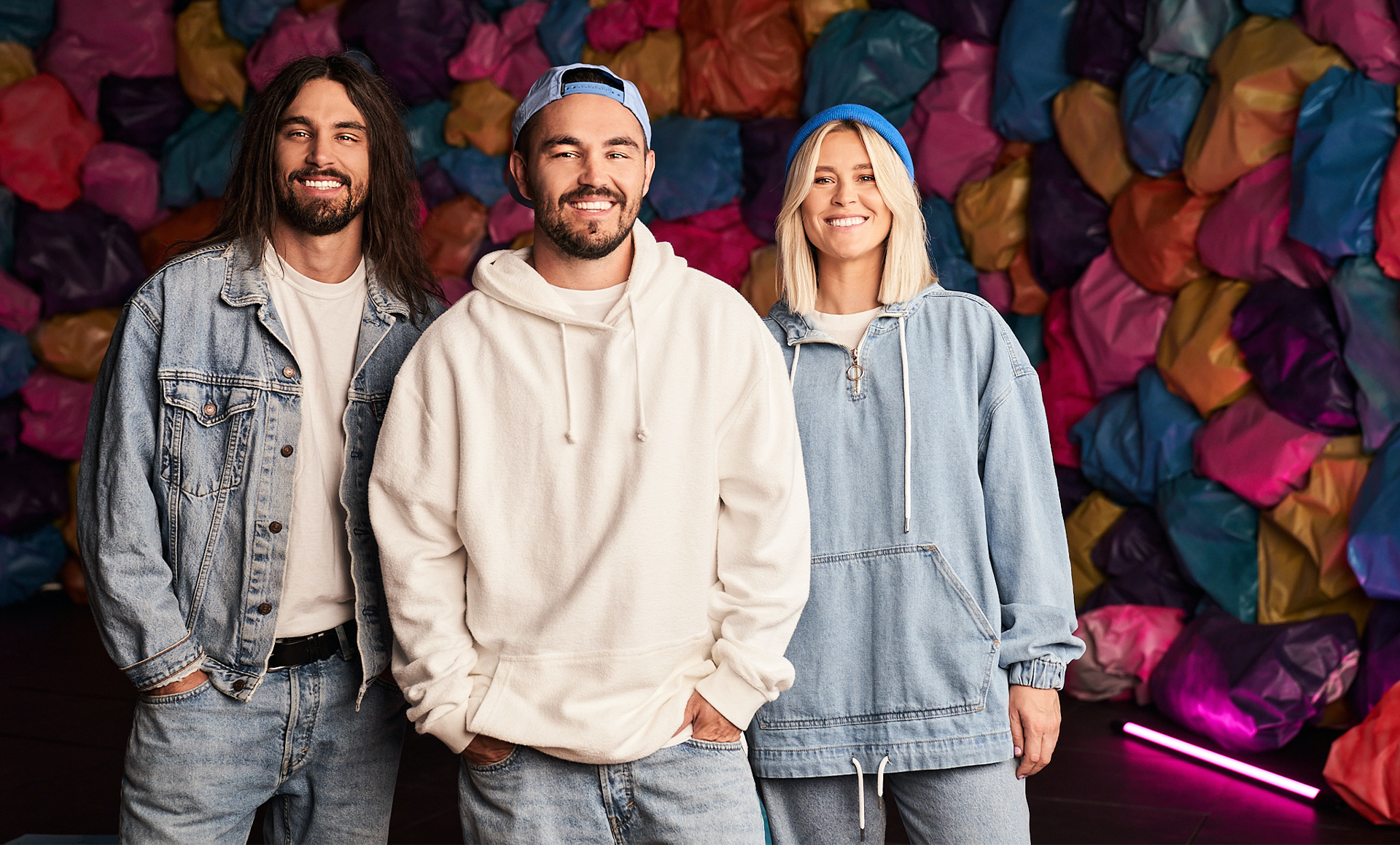 MOMENTUM: WE’RE SO THANKFUL FOR YOU!

You could win a Fair Trade Family Adventure – including dinner at Outback Steakhouse and tickets to your local zoo – by emailing one thing you’re thankful for to melissa.dikau@fairtradeservices.com.  Everyone who emails will be qualified… and we’ll notify the winner after Momentum! 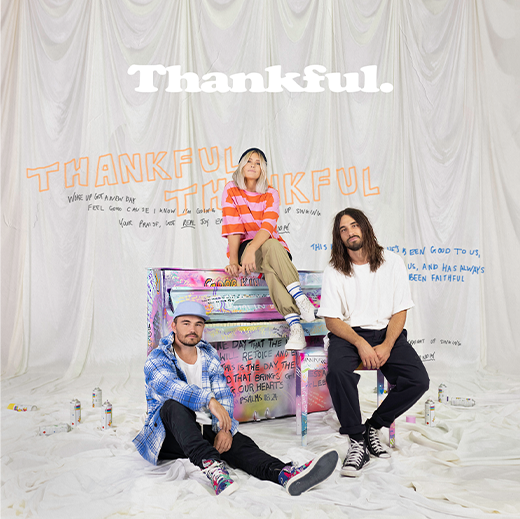 When Australian pop trio Verses - made of up of brothers Joel and Luke O’Dea and Luke’s wife Jess - wrote their debut single “Thankful,” they had no idea how quickly the song’s message would be put to the test. In early 2020, just three weeks after signing a long-prayed-for record deal with Fair Trade Services, the band was fully ready to launch their new song into the world, but instead found themselves on a flight back home to Australia, not knowing when they’d be able to return to Nashville.

“Our visas only allowed us to work in America if we were performing,” Joel shares, “and all of our shows were cancelling due to the pandemic.” Suddenly unable to work in America, the band returned home to Newcastle, a beach town near Sydney on the east coast of Australia. While they were happy to be back with family and their home church, it wasn’t anything like the plan they’d envisioned. “We were on this path of preparing to put out our debut single,” says Joel, “and we had to shift and go home, had to find jobs and make it work.” Thankfully, Joel was able to get a job at the school where he used to be the chaplain. “One day right after we got back, I was walking around the school picking up leaves on the playground and just started laughing. In Australia, there’s this perception of what it’s like to sign a record deal in America. There I was, three weeks after signing, back working at the school, but I was very grateful to have that opportunity.”

Plans changing has been a consistent hurdle for the band to overcome. Before making it to America, Verses got its start when Joel was a youth pastor at their home church in Newcastle. One night, Luke stopped by the youth group and noticed the lyrics onscreen for one of the worship songs. It was an older, traditional song and Luke was struck by how it would translate to the kids in attendance. “I was confused by the song, by the lyrics,” Luke says. “I didn’t know how these kids could understand some of this stuff when a lot of them didn’t even really know who Jesus was.” Luke felt God nudging him and set out to write some modern-day memory verses set to pop music that Joel could use with the youth. “I thought if we could make music that was good enough and would stand up to what these kids were listening to anyway, it could go places we couldn’t go and reach people we couldn’t see.”

What started as a way to reach the kids in Joel’s youth group quickly turned into something much more than the trio expected. As the band continued to write and record music, they began uploading their songs to YouTube. A pastor friend of theirs shared one of their songs with a friend who worked in the music industry in Nashville. He ended up sharing it with a few people he knew, and the band got a call from a record label. They offered to fly them to America for a week of meetings and writing appointments. “We spent the week doing writing sessions and presenting to the label,” Jess says, “and were totally out of our comfort zone. We had no idea what we were doing. Everyone we met was great, we loved them, but we didn’t have a peace about signing the deal.”

Back home in Australia, the band thought maybe that week had been their one shot at doing music in America. A short time later, they got an offer to lead worship for a traveling youth conference in the states. They decided if their visas got approved, which wasn’t likely, they’d know it was the Lord’s way of getting them to America. The visas came through and Verses spent the next two years traveling across the country leading worship. “That time for us,” Jess says, “traveling and working so hard, was a time for the Lord to purify our hearts and make sure the main thing was the main thing.” Fair Trade Services, who the band had met early on in their time in America, asked for a meeting. This time, everything fell into place. “It didn’t look like we thought it would,” Luke says, “but God’s been so faithful. We had experiences we never would have had if we’d stayed in Australia.”

The band’s debut single, “Thankful,” a joy-filled piano-driven pop anthem, plays like a montage of the band’s beginnings and everything that came after. They’ve learned firsthand that thankfulness is more than a momentary feeling, more than things going the way you want them to. For Verses, finding real joy in the goodness of God has given them a spirit of thankfulness that colors every decision they make. When talking about how the song came to be, Luke smiles remembering God’s faithfulness and perfect timing. “It was the end of 2019 and we’d been on tour the entire year. We were trying to write new songs and had no idea how exhausted we were. No matter what I did, nothing was coming together. Jess came in and told me her family was going on vacation and wanted us to go with them. She was right, we needed a break. Then, while we were driving there, I started singing this melody into my phone. It dropped out of the sky, this overwhelming sense of thankfulness. Three days later we had the song written.”

Now home in Australia, the band remains thankful for everything that’s happened and hopeful for what’s to come. For them, it’s less about what they get to do and more about where their songs are able to go. “That’s the mission of Verses,” Luke says, “singing these Biblical truths into people’s hearts so it will become a part of their everyday life.” “We are fully convinced it doesn’t matter what medium God’s word goes out in,” Jess says, “it will complete everything it was sent to do. That’s special to us, that we get to send out the word of God in places we’ll never go to. That’s our true north.”