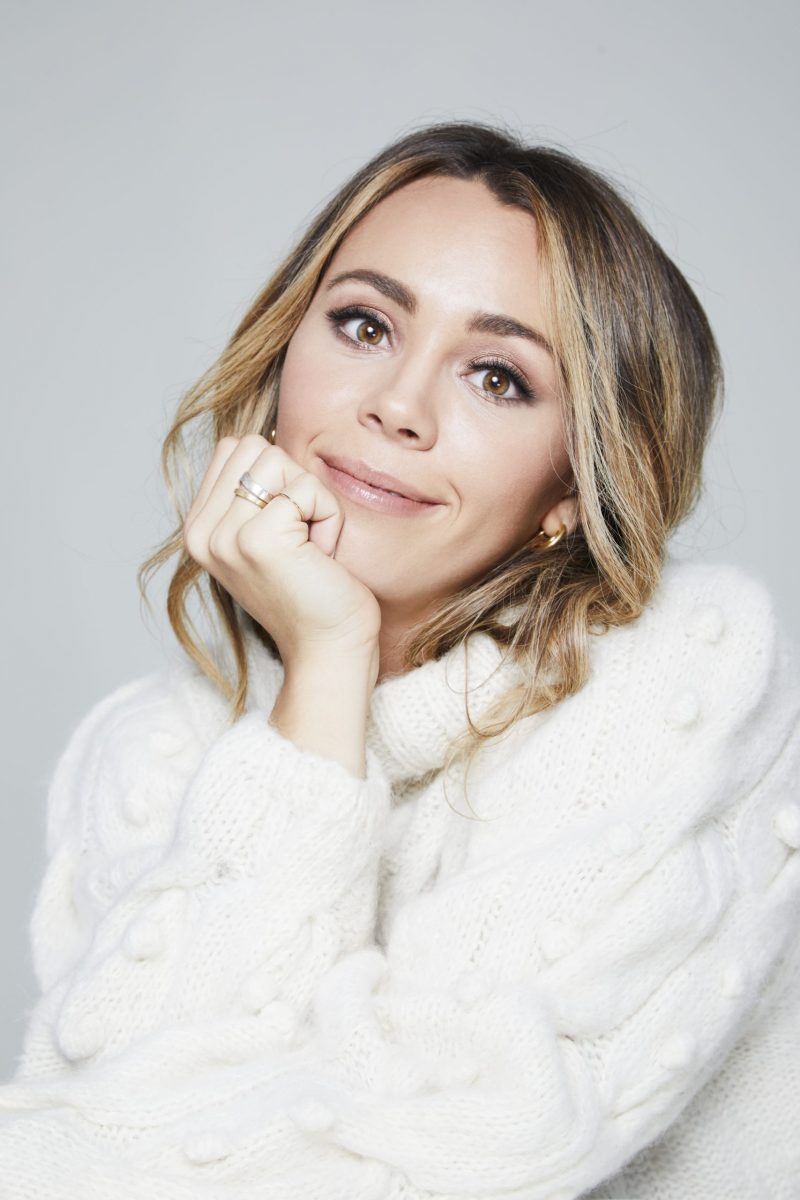 At 26, Baylor Wilson has already lived a life most people only dream about – excelling at competitive cheerleading, starring in Season 29 of NBC’s Survivor , scoring a country music publishing deal – all before graduating from college. But according to Baylor, these life-making moments were just a precursor to the abundant life she found when she met Jesus. When asked what exactly happened that prompted her to start writing songs about Jesus, she joyfully exclaims, “Jesus happened.” It’s not a bumper sticker platitude. Baylor’s over-the-top joy for the Lord radiates from deep within, spilling over onto everyone she meets.

Growing up in Dallas in her mom’s cheer gym, Baylor learned from a young age that willful

determination could get her far in life. By sixteen, with years of competitive cheerleading under her belt, she earned a spot in an elite performing arts school in downtown Dallas where she studied dance. Outside of school, Baylor was also teaching herself to play guitar, learning country songs and worship tunes via YouTube. “My family was going through a tough time,” Baylor shares, “and I started writing songs as a way to combat my dissatisfaction with the world.”

By the end of her senior year, Baylor was sure of her future when she tried out for the University of Oklahoma cheerleading team. But when the results were posted, she was surprised to learn she didn’t make the team. “It was a total pride crusher,” Baylor says. “Now I’m grateful, but at the time, it was a shock.” Sitting at a bed and breakfast in Norman, OK, Baylor wasn’t sure what to do next. When the other bed and breakfast guests sat down at the table, Baylor and her mom were surprised to meet country legends The Nitty Gritty Dirt Band. She started talking with lead singer, Jeff Hanna, sharing her devastation with not making the cheerleading team. Learning that she also played music, Jeff encouraged her to pursue it in a serious way. Not one to back down from a challenge, Baylor took his advice and moved to Nashville to attend Belmont University.

While in Nashville, Baylor dove into country music and played her songs at every showcase and venue she could. Her sophomore year, the opportunity came up to star on CBS’s hit show Survivor . Leaning on her spirit of adventure, Baylor jumped at the chance, teaming up with her mom to spend 37 grueling days in Nicaragua. “I’d never even started a fire by myself,” she jokes. “I was 20 years old and had no clue what I was doing.” Despite her lack of survival skills, Baylor ended up finishing in fifth place and her mom made the top three.

After the show ended, Baylor rode her fifteen minutes of fame to further her music ambitions. She signed a country music publishing deal and continued playing around town, opening for other artists and writing songs. Life, it seemed, was set.

In 2017, a year after she’d graduated, a friend invited her to a worship service being held at an auto body car shop. Having grown up in church, Baylor was happy to tag along, unaware that her life was about to be turned upside-down in a way she never could have imagined.

“I walked into that car shop and they were worshipping and singing. It was the first time I felt free to really worship. I felt God’s tangible presence fall over me for the first time. I was weeping and weeping, realizing I didn’t want to live the way I was living anymore. I didn’t want to fill my life with things like partying and drinking and dating the wrong people. I felt a profound peace that night. Later, I found out it was because I met the Prince of Peace.”

Baylor hadn’t sought out an encounter with God, hadn’t considered her life was going down the wrong path. But after that life-altering worship service, Baylor could concentrate on little else but her newfound love for Jesus. “I’d have co-writes with country writers and I’d be testifying to these people who used to be worship leaders. They didn’t know what to think! But my mind had been renewed. I’d had supernatural brain surgery and it was all I wanted to talk about.”

After finishing out her country publishing deal, Baylor sought advice from longtime friend (and now co-manager) Michael Blanton. He brought her to Fair Trade where she immediately felt at home. Fair Trade recognized her talent from the catalogue of country songs she’d written, but more than that, could see Baylor’s absolute desire for spreading the love of Jesus as far and wide as she could. They offered her a deal and she hasn’t looked back since.

Produced by Jeff Pardo (Mandisa, Matthew West, Danny Gokey), Baylor’s first single, appropriately titled “Jesus Happened,” is her story of meeting Jesus and being changed from the inside out. Baylor’s country-leaning vocals sparkle with her conviction, belting out how every part of her life’s been changed, sounding every bit like a country artist who got saved. “It’s sanctified country music,” Baylor says with a smile that matches the joy of the song. “After my encounter with Jesus, people would see me and say, ‘What happened to you?’ I figured out the easiest way to explain it was that Jesus happened!”

With a debut this captivating and poetically autobiographical, it’s obvious Baylor Wilson’s story of redemption is just getting started.